We are constantly developing other creative and artistic projects , inside the company or directing other groups and profesional artists.

During the quarantine period, we had to rethink our artistic formats, so we changed the theater stage for the stage of our house, our objects and our environment that surrounds us, as the principal material to continue creating and discovering new ways of communicating our visions.

Here we share our work, fruit of the quarantine, imagination, play and collaboration with various institutions such as the Cultural Center of Spain in Chile, FAMFEST, Unicef Chile, Editorial Amanuta, Santiago Off Festival, Santiago a Mil International Festival and Casa de the Culture of Algarrobo.

Tales to watch from home

Audiovisual Story, created during quarantine especially for Santiago Off Theater Festival and Cultural Center of Algarrobo.

An infinite hug, is the story of June and her journey towards the discovery of a long and dreamed encounter.

We recommend to listen it with headphones !!

STORIES TO WATCH AND LISTEN

Due to the pandemic, UNICEF, together with Teatro Mori-FamFest, Amanuta publishing house and ADN radio, have come together to create the project “At home: stories to watch and listen”, which will allow adults and children to enjoy Chilean children’s stories that will be transmitted through the air by ADN twice a day, and will also be available in audio and audiovisual capsules through the web, which have sign language to facilitate their access to all boys and girls between 3 and 12 years.

In addition, each story will be dramatized and set to music by various Chilean family theater companies, such as Tryo Teatro, Silencio Blanco, Teatro de Ocasión, La Llave Maestra and Los Fi, and at the end will have recreational activities for families to perform together.

Adaptation of the story SOCORRO SILENCIO by Josefina Hepp and Pedro Hepp.

Review: This is the story of my great-grandmother Socorro, a sad love story that wasn´t possible, because of an unfortunate misunderstanding.

Project created for FamFest Chile, Unicef and Editorial Amanuta, during the COVID-19 quarantine period in 2020.

“Lasix, a Yámana boy lived with his family in the seas of south of Chile. One day a huge whale appeared and everyone was enthusiastic about going out to hunt it, but they did not succeed. So, Lasix decides to go catch it just, for their own ”

Be aware of Loneliness

Be aware of loneliness

PHOTOGRAPHIC PROJECT, created BY La LLave Maestra FOR ``14 WAYS OF THINKING IN US '' FROM THE SPANISH CULTURAL CENTER IN CHILE.

“14 ways of thinking in Us” is a project of collective creation that the CCE presents to its community in these difficult times of COVID 19. In this new transitory way of relating in sanitary confinement, and through which we all pass through from our homes.

“BE AWARE OF LONELINESS”
it’s a look at loneliness from the eye of photography,
a point of view on the solitude of the confinement,
a vision on quarantine

PETER AND THE WOLF and CHAMANIÑA AND THE OLD SEA MAN 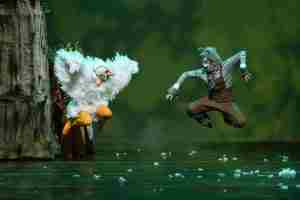 Premiered in August 2019, and was based in Serguei´s Prokofiev symphony,  adapted by a contemporary new vision created by  Esdras Hernandez and La Llave Maestra. The Show mix Theater, Dance and Music, to create a stunning thriller for family audience, with 35 dancers and singers and 30 musicians in the Orchestra.

A magic, poetic and beautiful experience that was acclaimed by the audience at Teatro del Lago.

CHAMANIÑA AND THE OLD SEAWOLF

Inspired in the old Chiloe´s Lyends, Chamaniña and the Old Seawolf  is a musical and Theater show un espectáculo, with music from spanish composer Adrià Barbosa and script from Gustavo Escalante.

This Show was performed by the Chorus School of Teatro del Lago and also with 500 Children and young students from Schools of the Lake Region of Chile. This enormeous production was able thanks to Fundación Ibáñez Atkinson.

Chamaniña and the Old Seawolf, tell the story of an old fisherman from Chiloé, who wants to suicide because he had lost her wife, and he decided to go deep into the see for ever.

While he is preparing his last journey, an old witch, told him the story of THE CALEUCHE, the legendary ghost ship that search for broken hearts to join them forever in the ship for all the eternity.

During this last journey to his death, a tiny little girl, appears magically in the see, and  change for ever the Life of the Old  Fisherman.

THE UNPROBABLE IS NOT IMPOSSIBLE 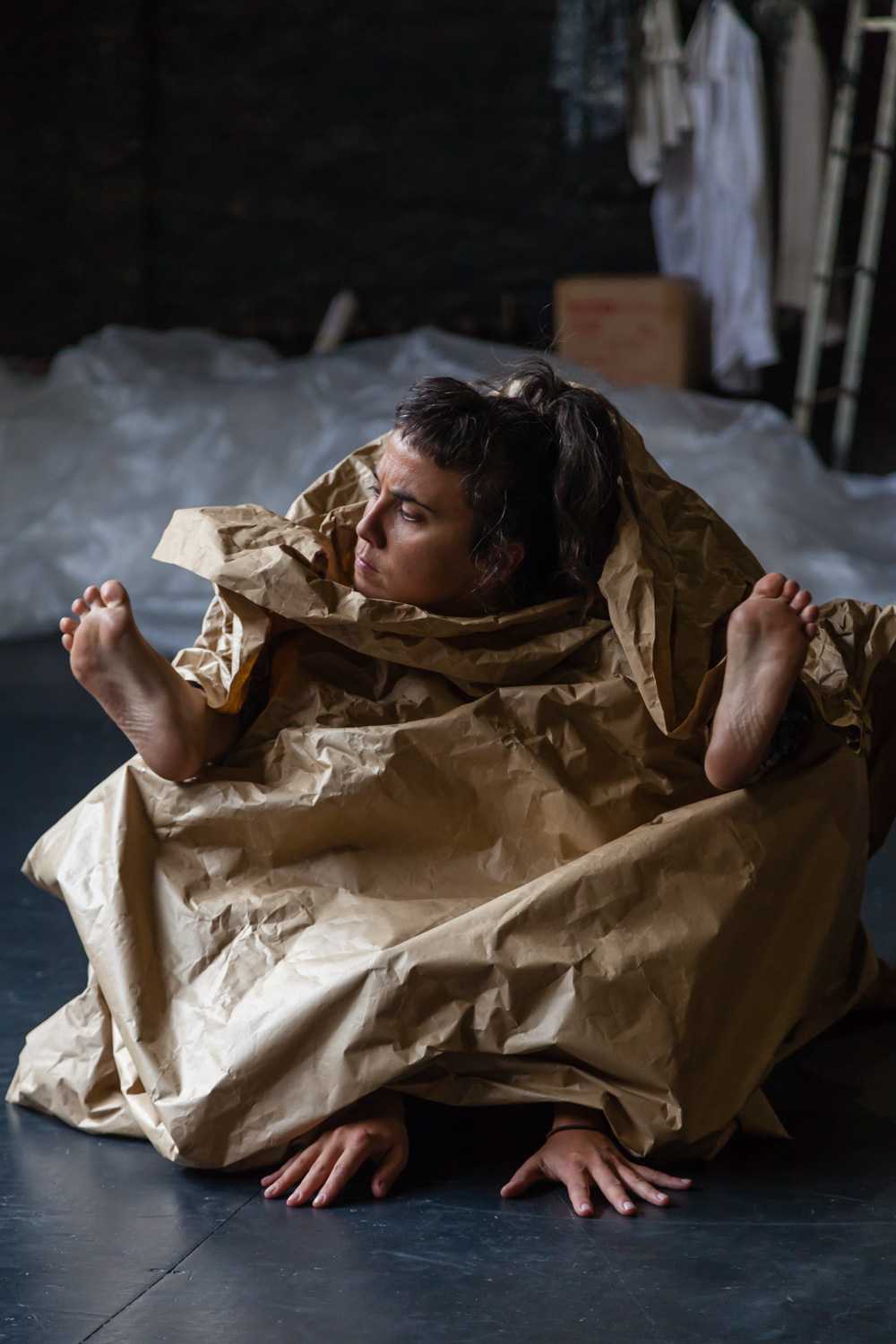 This is an investigation Project around the stage possibilities of visual and objects Theater.

We will spend 3 month rehearsing, searching and navigating in the artistic univers of objects, everyday materials and it´s poetic relation with the body, space, music and light.
After those 3 months, We did a work in progress in the Puppet Festival “La Rebelión de los Muñecos” in 24 and 25 of June. From this laboratory and investigation process, we get the seed for our 5th show, PAREIDOLIA Games to activate the imagination 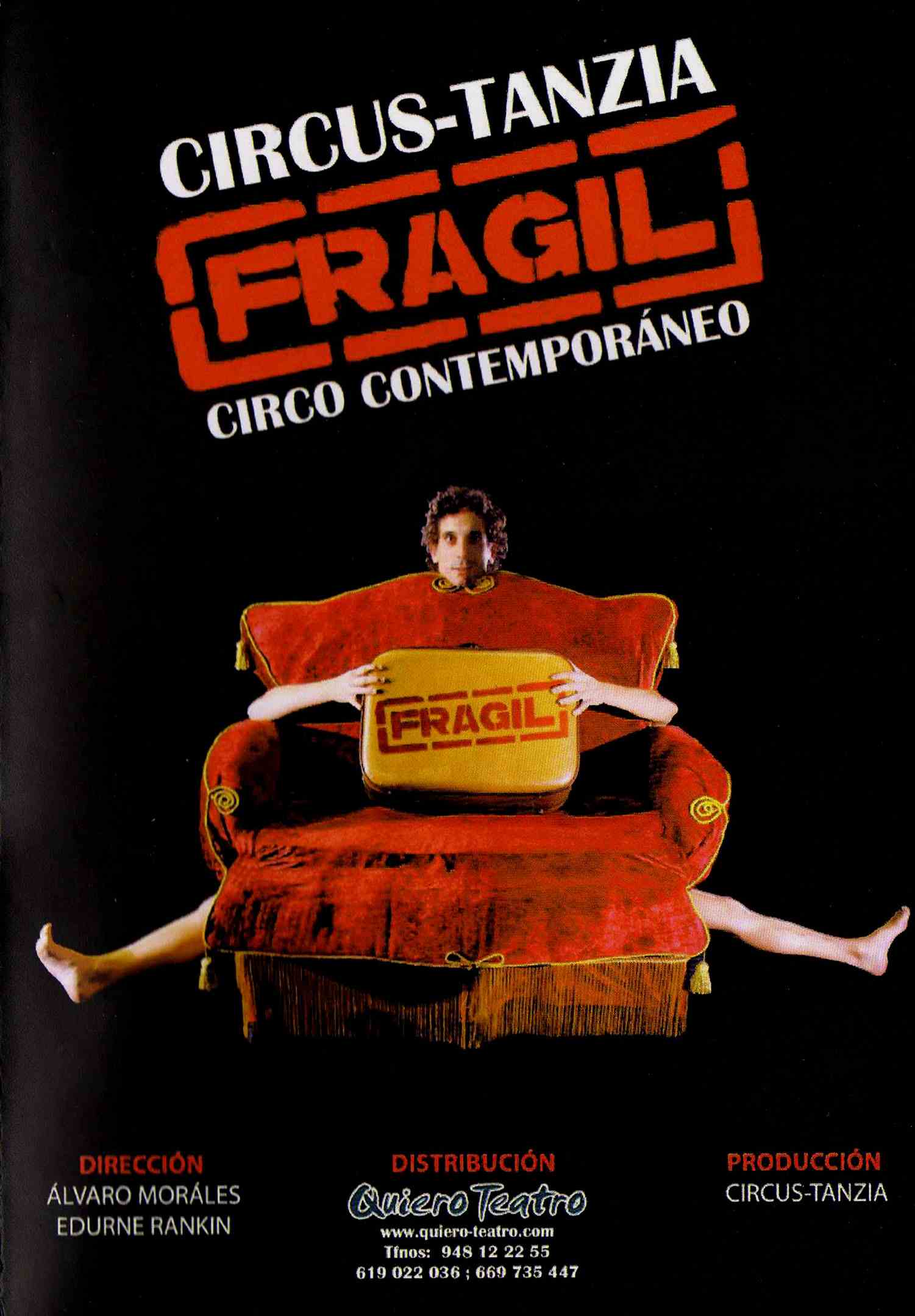 In 2010, Edurne and Alvaro did the artistic direction and dramaturgy of FRAGIL, a circus dance show for the Spanish company Circus Tanzia. 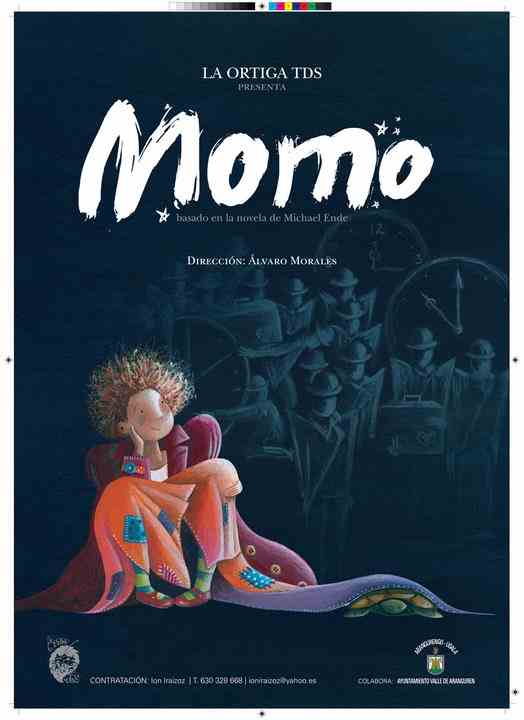 Based in the novel by Michael Ende, Edurne and Alvaro did the dramaturgy and artistic direction of this familiar show with shadow theater, objects and physical performance for the spanish theater company LA ORTIGA TDS.

THE WORLD UPSIDE DOWN

In 2009 Alvaro and Edurne were invited by the Navarra Theater School in Pamplona Spain, to direct a bouffon show with text of Eduardo Galeano and Nicanor Parra. 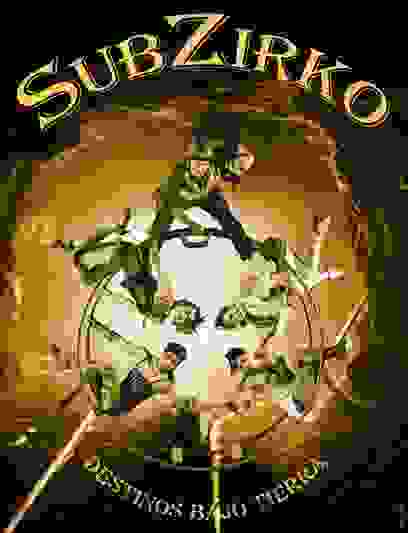 The show was based in the life of the miners in the north of Chile at the beginning of the xxth Century.